Church of the Morning

During a recent semester, a class I taught explored the question of the content of our faith on the “other side.” Or, more precisely, the Church of the Morning became our phrase. By this we meant the faith, the Church on the other side of this period of our history as a nation. A period characterized by racial tensions so enflamed that many of us will not live to see their amelioration. A time in which programs of ethnic cleansing characterize the center of our nation’s immigration policy. A moment in which the idea of a common future for all within our society seems more than a fool’s errand; it almost seems like a cruelty of language. The question we explored was provoked by the currents of hatred and malice which seem to be the chosen tongue of those in power. A more important provocation, though, was the conviction that whatever form our society takes during and after this period, the Church has a calling to be a force carving out spaces of justice and hope. With the phrase Church of the Morning, we tried to capture our faith in that conviction.

I am very much convinced that Chicago Theological Seminary shares in that calling. By dint of inclination and the shaping of history, ours is a school whose being has always been in God’s tomorrow while our hands have shaped and build bridges there. CTS has been a school that from its beginning has never taken the harsh darkness of any moment as the final word for our world or our destiny. The challenge for us has always been intuiting our place in #TheNext; never questioning that the leaders we shape would bring it into being.

At present, the most vital calling for the Church of the Morning and CTS as its collaborator is the reconstruction of our public square such that none are forced back into the shadows or into the closets of life. Precisely because there is no space in which we experience and express our humanity save the public square, it is a sacred space. Correlatively, because the public is the only place which gives us opportunity to “love our neighbors as ourselves,” the public square is holy. So, the work of redemption of it is, perhaps, the most fitting work before us as a people animated by the power of God.

While I have not yet more than a glimpse of it, I know that on the other side of this time in our public life God awaits the Church of the Morning and that CTS will shape leaders who will get us there. #LeadersForTheNext 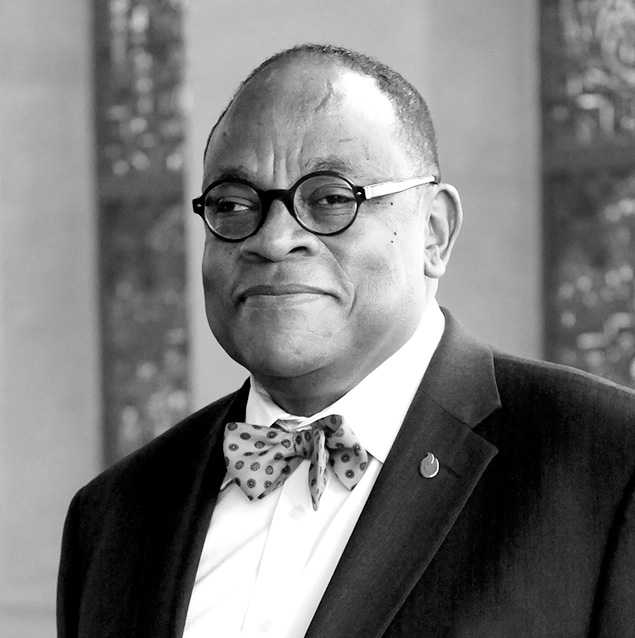 Rev. Dr. Stephen G. Ray Jr. is the newly appointed President of Chicago Theological Seminary. In addition, he is the President of the Society for the Study of Black Religion. Having written and lectured broadly in the areas of Systematic Theology, African American religion, human rights and the intersection of religion and politics, President Ray’s current work focuses on reinvigorating the public square as a place for all, and reclaiming a vital expression of progressive religion in that project.