This time of year always rekindles in me a robust hope rooted in the politically scandalous messages of Christianity in general and the Christmas story in particular. Authentic Christian faith—not the narrow nationalism and bigoted parochialism that masquerade as Christianity—is nothing short of scandalous. The ancient Greek word skandalon, which give us the English word “scandal,” literally means a “stumbling block.” A scandal is someone or something that topples our view of the world and compels us to rethink our priorities and practices. Christmas for me is not about sentimental piety but rather scandalous politics.

According to the Christian scriptures, the revolution that eventually would rock the Roman empire begins in a makeshift maternity ward in Bethlehem and the forgotten slums of Galilee—scandal. John the Baptist, a wild prophet with a weird wardrobe, institutes a “Jewish Lives Matter Movement” at the Jordan River—scandal. Galvanized by John’s radical movement, Jesus, an African-Asiatic Jewish prophet, preaches good news to economically vulnerable communities and warns the powerful about hording possessions—scandal. In a Passover protest, this Galilean rabble-rouser upsets temple tables and traditions—scandal. Finally, Jesus’ commitment to an inclusive, God-centered, new world order lands him in Rome’s execution chamber, but that’s not where the scandal ends. Here’s the ultimate scandal of the Christian scriptures: Golgotha’s grotesquery is no match for God’s stone-removing, tomb-emptying, living-giving power.

Christianity is my native religious tradition. Nevertheless, I am deeply committed to engaging with, and learning from, the beautifully diverse religious, spiritual, and ethical traditions that constitute the CTS family and the global family. Consequently, throughout the fall term, CTS has acknowledged and engaged a variety of celebrations including the Hindu recognition of Diwali and the Jewish recognition of Hannukah. Diwali, Hannukah, and Christmas all utilize the imagery of light to convey powerful moral messages.

In a fascinating way, Christmas is an opportune moment to acknowledge and strengthen connections between Judaism and Christianity, since the Christmas story, as noted above, involves the religious and political aspirations of first-century Jewish communities to live free from domination. Unfortunately, twenty centuries later, Jewish communities continue to struggle with oppressive forces that threaten their well-being. No longer does the oppression rise from the hegemony of Roman imperialism; now the oppression is fueled by antisemitism and “Christocentrism”—the misguided conception that Christianity is the only moral grammar people can employ to write a life story of meaning and purpose.

To address the rise of antisemitism, CTS continues to build bridges and partnerships with the Jewish community. For example, I was proud to collaborate with Rabbi Dr. Rachel Mikva in the Abraham Joshua Heschel Lecture at Elmhurst University on November 3, 2022. Dr. Mikva delivered an inspiring presentation titled “Everything is Interfaith Now, Even at Elmhurst.” I was the respondent to the lecture, and then she and I modeled interreligious engagement during a spirited and joyful discussion with Elmhurst students and community partners. In the lecture, Dr. Mikva discussed an essential tenet of interreligious engagement: fostering healthy, diverse communities because of, not in spite of, our varying beliefs and practices.

Additionally, I was pleased to present a keynote address on December 3, 2022, in Atlanta, to participants of the Black-Jewish Leadership Initiative sponsored by the Shalom Hartman Institute, an influential Jewish think tank. This initiative assembles leaders from Black and Jewish communities for interreligious and interracial engagement and learning. In a probing examination of the genocidal horrors experienced by both the Black and Jewish communities, the lecture invited Black and Jewish leaders to continue establishing sturdy bridges to counteract various forms of xenophobia, including, but not limited to, antisemitism, anti-blackness, heterosexism, and class-based oppression.

At CTS, we are reconsidering our approach to institutional responses to acts of violence and injustice in the body politic. It has become customary practice for institutions to issue statements when these atrocities occur. Issuing statements of support for marginalized groups in times of trauma and social upheaval can be important acts of solidarity and coalition building. However, these statements can often be more perfunctory than paradigm-shifting (as we witnessed in the wake of George Floyd’s murder in 2020, when countless corporate statements were issued but little more done to address systemic injustice).

The best “institutional statements” are ultimately anchored in doing not just saying. This is why the CTS community is actively engaged in the constructive work of building intercultural communities. At CTS, we remain in solidarity with Jewish communities, locally, nationally, and internationally, as well as with many other diverse communities representing distinctive approaches to religious, spiritual, and ethical belonging. We are also strengthening our partnership with the Bayan Islamic Graduate School. We are excited about our new Doctor of Ministry program in public ministry with Bayan that begins in the 2023-24 academic year. This program will train morally centered public leaders to nimbly navigate the complexities of a world pulsating with plurality.

In his book To Heal a Fractured World: The Ethics of Responsibility, Rabbi Jonathan Sacks insisted: “The only force equal to a fundamentalism of hate is a counter-fundamentalism of love.” Rabbi Sacks was absolutely right. We must write a new global story of justice and peace where the last word is, indeed, love.

In Solidarity and Love, 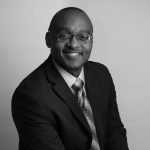 Dr. Brad R. Braxton is President and Professor of Public Theology at Chicago Theological Seminary. Prior to his appointment, Dr. Braxton was the Chief Diversity, Equity, and Inclusion Officer at St. Luke’s School, a coeducational independent school in New York City. He also is the Curator for Living Religions in Twenty-First-Century America at the Smithsonian Center for Folklife and Cultural Heritage in Washington, DC. He holds a Ph.D. in New Testament studies from Emory University, where he was a Woodruff Fellow, a Master’s degree in theology from the University of Oxford, where he was a Rhodes Scholar, and a B.A. degree in religious studies from the University of Virginia, where he was a Jefferson Scholar and a member of Phi Beta Kappa.

He is the author of three scholarly books and numerous essays exploring the intersection of religion and social justice. His books No Longer Slaves: Galatians and African American Experience and Preaching Paul are frequently used in divinity school courses.

Dr. Braxton is a seasoned educator who has held professorships at Southern Methodist University, Vanderbilt University, and Wake Forest University, as well as lectureships at Georgetown University, Harvard Divinity School, and McCormick Theological Seminary. He recently was a Distinguished Visitor at the Lake Institute on Faith and Giving at Indiana University’s Lilly Family School of Philanthropy.

Dr. Braxton preached at Westminster Abbey in London, England in 2007. Only a select group of American ministers have had the privilege of preaching in that historic pulpit. His Westminster Abbey sermon on social justice and non-violence was part of the bicentennial commemoration of the abolition of the slave trade in the British Empire. He also has lectured and preached in Benin, Canada, Ghana, and South Africa.

His leadership has extended beyond the academy to the arenas of museums, philanthropic organizations, and faith-based communities. He formerly served as the Director of the Center for the Study of African American Religious Life at the Smithsonian National Museum of African American History and Culture in Washington, DC, the Program Officer for Religion in the Public Sphere at the Ford Foundation in New York City, and the Senior Minister of the Riverside Church in New York City.

In 2011, Dr. Braxton founded The Open Church of Maryland, a culturally inclusive congregation in Baltimore committed to courageous social justice activism and compassionate interfaith collaboration. He continues as a visionary pastoral leader at The Open Church amid his duties at St. Luke’s School and the Smithsonian Center for Folklife and Cultural Heritage.

His wife, Lazetta Rainey Braxton, is a nationally recognized Certified Financial Planner and Co-Founder and Co-CEO of 2050 Wealth Partners, a firm that provides wealth management and comprehensive financial planning. They are the proud parents of a daughter, Karis, an inquisitive high school student who loves to dance and draw. The Braxtons also enjoy the company of Sampson, their Labrador Retriever/Terrier.