The Moment It Suddenly Became Personal

It was a special day. It was the day of the Queen of Soul Aretha Franklin’s funeral. It was going to be televised on a Saturday, and I was poised to watch the funeral no matter how long the services lasted. I taped every channel I thought would be airing her funeral and basically cleared my day so that I could watch the funeral live and listen to all the deserving tributes in word and song from her family, friends, and professional colleagues. It would be a history-making day. All day, from morning until the ending in the early evening, I was tuned into the live viewing from my iPad. At some point in the afternoon, I remembered I had an appointment to get my nails done. I grabbed my iPhone and found the website for the services and tuned in so I wouldn’t miss anything. However, between the time I was in the car and the time I arrived at the nail salon, I missed part of the broadcast. The nail salon was showing the CNN broadcast of the services which was only airing segments of the services. After finishing up at the salon I arrived back home, and I watched the remainder of the services while doing other things around the house. Finally, the services ended, and I retired for the evening.

The next morning, I woke up and as my usual routine, said my prayers and began viewing Facebook posts. And, to my surprise, there were lots of posts about misogynist pastors, patriarchy and domination culture. There were posts regarding the men at the funeral who could not keep their hands off of Ariana Grande. Most important, they referred to a pastor who was groping Ariana Grande and labeling him as a predator, and an obvious misogynist. Of course, being familiar with this type of culture and understanding patriarchal and male-dominated and abusive cultures, I hit the “like” button on many of the posts.

That is until I saw one post that suddenly pointed to the pastor who was, by then, the obvious center of the topic. I ceased “liking” posts and begin researching what it was that had everyone so very upset. I suddenly found the picture that had been discussed showing the Pastor’s hand around Ariana Grande seemingly touching her breast, and her looking at his hands and appearing to be horrified. That was, for me, ”The moment it suddenly became personal.”

This was not a stranger—this was someone whom I love, admire, respect, and who was my first cousin, and the son of my late uncle who pastored before him. It was personal, and I knew, given my professional expertise in this area, I was expected to raise my voice on this subject publicly. Many knew he was a family member of mine. I believe it was a day or so after the uproar that the Pastor, Bishop Charles’ Ellis, apologized for what he described an accident. He said, “it would never be my intention to touch any woman’s breast.” He also said, “Maybe I crossed the border, maybe I was too friendly or familiar.” And then, he restated his regret saying, “But again, I apologize.” What was I feeling? I felt hurt that this boundary had been crossed. I felt angry at the abusive words that came from both those who were making the accusations and often extreme judgments, as well as those who were defending the Bishop in ways that made jokes about women and about what occurred, as part of their goal of protecting the Bishop.

What did I do? I engaged with those who were offering a different perspective, as well as admitting the boundary was crossed. He had apologized, and I believed his apology. I believed it was an accident, and that I could not and would not judge his intentions while admitting it certainly could have occurred on purpose.

I affirmed my belief that this act was not intentional.

In the final analysis, I appreciated the responses I received that affirmed and offered healthy critique of my statement. Many I agreed with. My most painful personal moment was listening to many of my family members who believed we should ALL, as a family, be in protective-mode for our Bishop. Truly I resonated with this given many of the judgmental responses.

However, I am who I am, and I was and will be compelled to respond to issues of abuse and violation, regardless of the person. Yes, this was the moment it suddenly became personal.

My responses below are not personal. They are responses I believe I would make under any of the same circumstances. They are responses we all need to hear as we reflect on issues of healthy boundaries, rape culture, and sexual abuse. Here are a few lessons we should understand.

These are just a few of my observations that can help our congregational settings to be healthier and safer. Yes, for all of us, it can suddenly become personal. Yet, we must speak the truth in love, always seeking to discover how we can help others learn and grow while taking off the hat of judgment and condemnation. These actions can cause separation and the creation of silos. Healthy actions toward accountability, repentance, and remedy cause healing, change, and reconciliation. 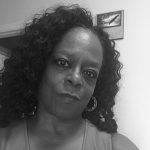 Sharon Ellis Davis (MDiv, 1988; PhD, 2006) is a native Chicagoan currently living in North Carolina. A retired Founding UCC Pastor, from Ford Heights, Illinois, she now serves as an affiliate professor at McCormick Theological Seminary where she received her DMin in 1995. Sharon sees herself as an academic activist. CTS is part of the Ellis Davis family, as Sharon's husband and daughter are also alumni.